Are Battery Powered Mowers The Future?

Are battery powered mowers the future?

A popular topic of discussion in the Groundscare industry as of late has been around battery commercial mowers and the future of them in the industry. Battery powered landscaping equipment can’t be ignored any longer, it’s discussed in all major industry publications and many manufacturers and dealers have started to offer battery powered machinery. The biggest conversation is around mowers and that is why we’ve decided to jump into the details and find out in this blog whether battery powered mowers really are the way forward.

Why now? A common point mentioned in the discussion around batteries is why now, why change they way the industry has operated for decades. There are several contributing factors to why, one of these being economic. As the electrical machinery industry has skyrocketed in the past decade with the likes of Tesla in the automotive sector becoming mainstream news, means that more companies have worked in development of batteries and so the overhead cost has naturally come down making battery powered commercial mowers more affordable for manufacturers to make and consumers to buy. 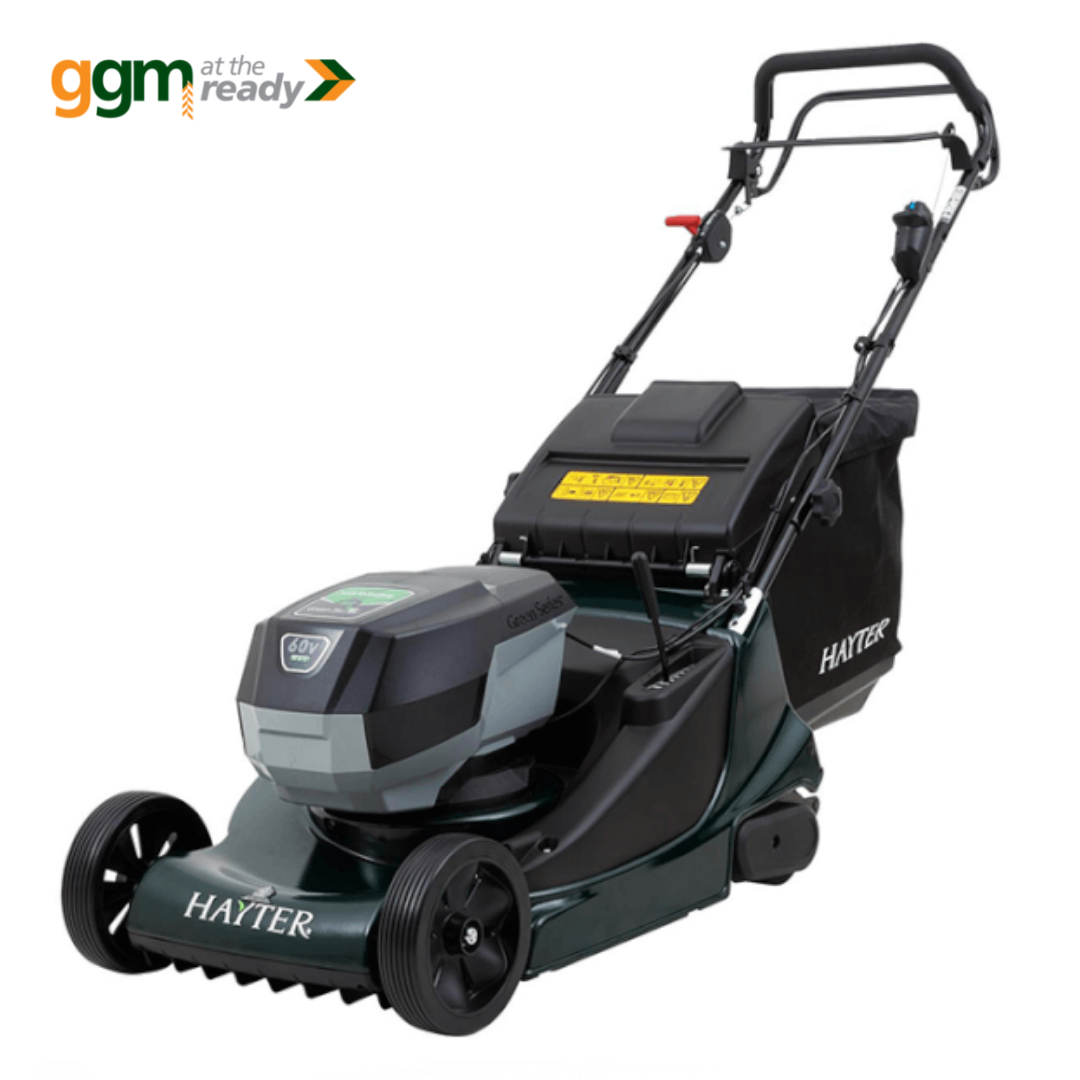 Functionality, for years the traditional engine for garden machinery has run on petrol engines. This power generation is loud, loud enough that it has a lot of opposition. Those opposed to the use of petrol engines argue against the noise pollution, emissions, and vibration issue for those using the machinery. however, it has remained prevalent due to its convenience of handling in operation.

For years this has been a sticking point in the reluctance to move to battery powered as heavy batteries in machines or cord attachments have made the job harder for machinery users. This thankfully has changed; industry development has come a long way in the past decade and there is now machinery on the market competing with the traditional petrol engine and the market as whole is now the fastest growing in the garden machinery industry, no doubt a lot of this is down to the rapid development of commercial batteries.

Convenience, with new battery powered machinery like battery powered mowers comes the opportunity to include more technology into products, there are many unmanned automated mowers in development as we speak along with products available now that are more manoeuvrable & use less storage space as the electrifying process has meant redesigns to make them more consumer friendly.

The environment, the low hanging fruit for the reasons to push on with battery powered motors. We don’t’ need to state all the pro environmental reasons as it’s all in the mainstream media, however, we will mention that according to the California Air Resource Board the average mower mowing for an hour generates the same pollution levels as a 300-mile journey in a car! Which is obviously a startling statistic, as we continue to move towards a greener future as a planet and individual countries and companies make the move towards reducing their own footprints, we will continue to see the rise of the battery powered market. 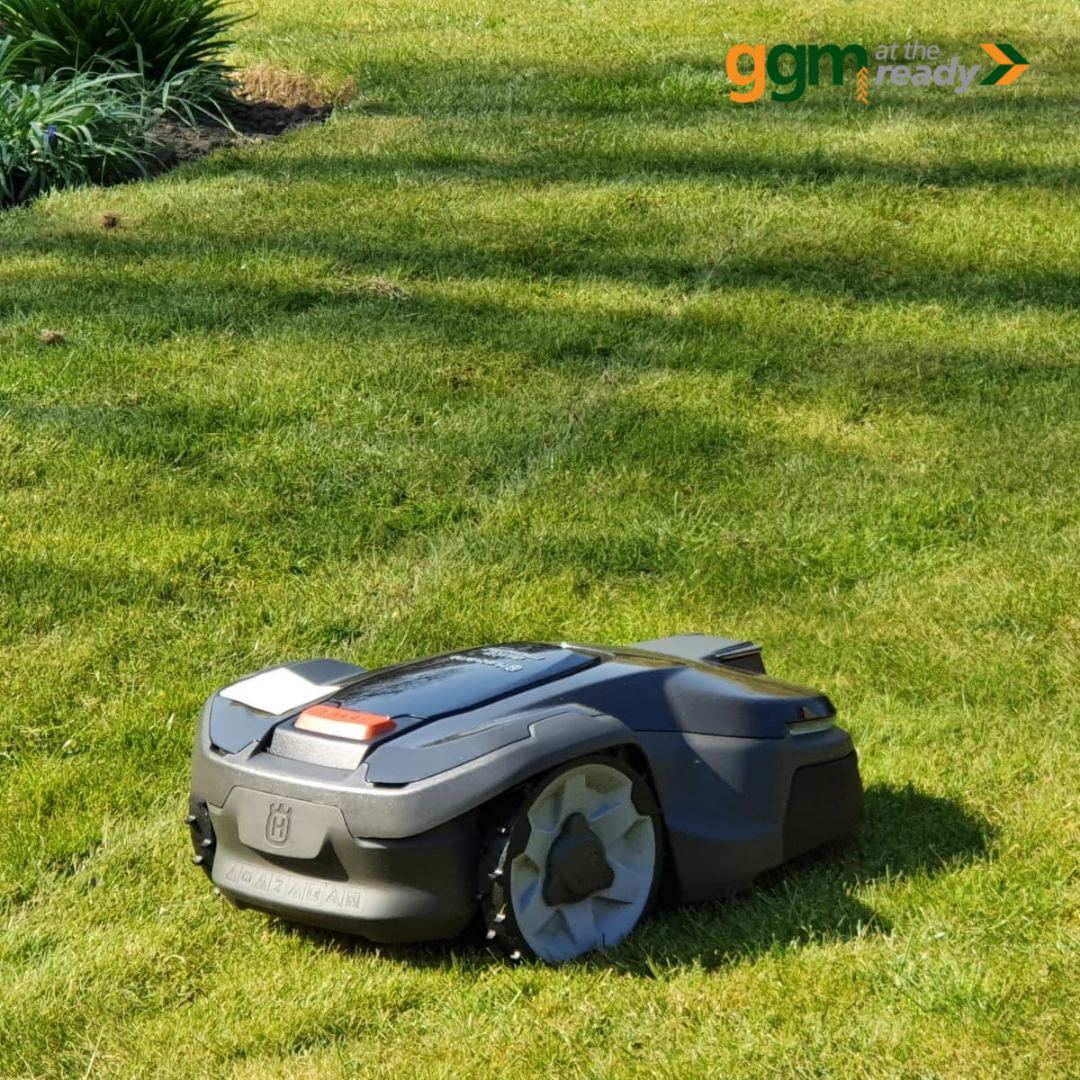 It’s not all sunshine & rainbows though, as with anything there is room for improvement and there are some negatives for using commercial battery lawn mowers. One area where battery power hasn’t caught up to the combustion engine yet is run times, most domesticated mowers have a run time of around 40 minutes so if you have quite a large piece of land then this would need to be considered as power wise it might take two or three sessions to allow the machine to recharge or run multiple batteries.

Community pressure, in the recent years there has been more documented community push back against the use of traditional garden machinery being used in residential and communal areas due to the level of noise pollution.

This was quickly moved on by manufacturers, according to Husqvarna.com there electrical machinery would be ‘hard to hear your neighbour using it’ so the community benefits are substantial and even more so for professional use, if noise pollution can be drastically reduced that will drastically improve the usage in professional settings for operators that use said machinery daily.

In 2016, Husqvarna sent out a study globally to try and predict what the future held for the landscape and garden machinery industries by the year 2030, here is what they collected:

‘2030 may seem like a way off, but the future revolution is already beginning, as more professionals choose to get ahead of the curve and embrace new technology’ (Husqvarna, 2021).

Maintenance, another interesting point to consider is the amount of maintenance both types need. The traditional engine mower needs a lot more maintenance than a battery commercial mower, dealing with the oil to petrol ratio along with servicing makes it a far more strenuous task for everyone out there who isn’t a mechanic or engineering fanatic compared to the maintenance needed for a battery powered mower.

To conclude, the battery powered commercial mower competes with its traditional engine competition in almost everything including overall price, power and convenience and even surpassing it in noise pollution and obviously environmentally. It seems that the wind is heavily blowing in the way of commercial battery lawn mowers being the way forward, the data, government objectives and increasing climate change pressure along with the other points stated in this blog deems the future of the industry whether that be 10 years or more to be powered by batteries.